Be Clear On Workplace Violence Policies

California employers should monitor early warning signs in order to curb workplace threats of violence before they occur. 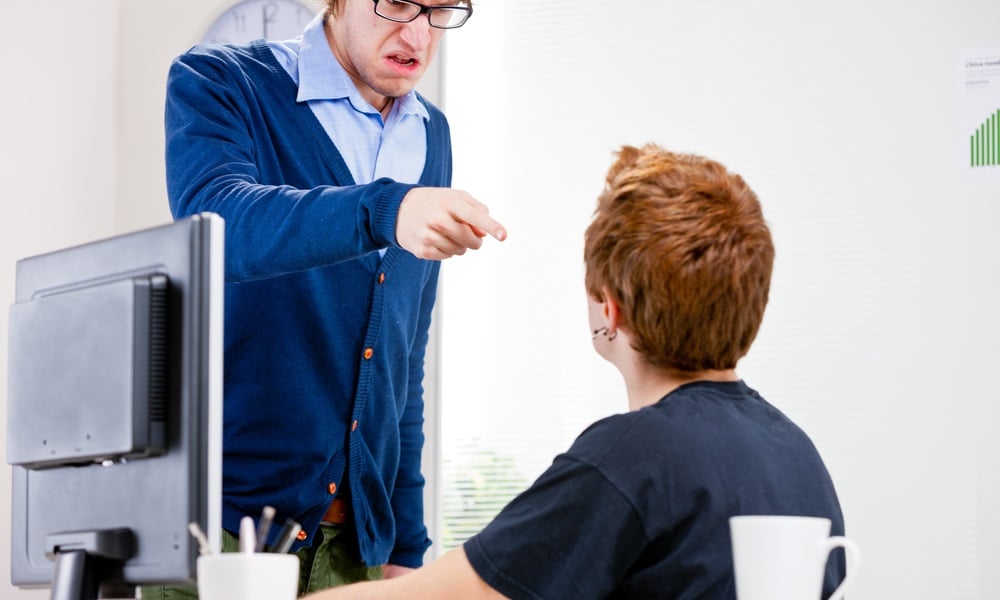 Workplace violence does not always show up as a tragic event, such as someone being killed. However, violent acts and threats of violence are unacceptably common in workplaces throughout the country.

While employers and managers cannot control nor even dictate every aspect of employee behavior and actions on the job, there is much that they can do. And, more to the point, there is a great deal the employers are required to do by law.

What is Workplace Violence?

Workplace violence includes threats of violence and not simply overt acts. However, because of the intensity of media coverage of those extreme cases such as workplace shootings, the perception that the phrase "workplace violence" gives is usually homicide.

However, according to California Civil Procedure Code section 527. 8 workplace violence is defined as "assault, battery, or stalking." The Code also permits employers to obtain a restraining order against "any individual" who makes a credible threat of violence that can reasonably be construed to be carried out at the workplace.

And actual workplace homicides are not that common.

The Bureau of Labor Statistics (BLS) reports that there were over 450 workplace homicides in the U.S. during 2017. Of those, 351 were the result of shootings. These figures are slightly better than those from 2016, when there were 500 workplace homicides, with over 390 of those being fatal shootings.
But compared to the national total of homicides in the U.S., these numbers are relatively small.  There were a total of 17,284 reported murder and non-negligent manslaughter cases in the U.S. in 2017. Consequently, the actual homicides that occurred in the workplace only constituted about 2.6 percent of the national total in 2017.
But workplace violence still occurs regularly on in non-lethal forms. According to OSHA about 2 million people each year report some type of workplace violence, while it's estimated that 25 percent of workplace violence likely goes unreported.
According to information from SHRM there are four types of workplace violence:
Criminal intent. These are acts committed by persons who have no legitimate relationship to the business or its employees and are usually committing a crime in conjunction with the violence.
Customer or client. This category includes violent acts committed by customers, clients, patients, students, inmates and any other group for which the business provides goods or services.

Worker-on-worker. Violent acts by an employee, or former employee, who attacks or threatens other employees in the workplace.

It is in the best interests of all employers to take proactive measures to prevent and mitigate occurrences of violence in their organizations.

"...a half-million employees miss an estimated 1.8 million work days each year due to workplace violence — resulting in more than $55 million in lost wages, according to Lower & Associates. The annual comprehensive cost to businesses, including estimated losses, is now $130 billion compared to $36 billion in 1995.

Lower & Associates notes that there are also direct losses related to medical bills, workers’ comp and legal fees, as well as indirect losses reflected in diminished productivity, low morale and negative publicity — which can all damage a company’s reputation in the long-term.

In addition to the costs that can be incurred from incidents of workplace violence, there are legal requirements for employers.

"The Occupational Safety and Health Act's (OSH Act) General Duty Clause requires employers to provide a safe and healthful workplace for all workers covered by the OSH Act. Employers who do not take reasonable steps to prevent or abate a recognized violence hazard in the workplace can be cited."

Consequently, all employers are required to maintain a workplace that is free from recognized hazards that cause, or are likely to cause, death or serious physical harm to employees. Part of this general requirement is that an employer is obligated to do all that is reasonably necessary to protect the "life, safety, and health of employees, including the adoption of practices, means, methods, operations, and processes reasonably adequate to create a safe and healthful workplace."

CAL/OSHA issued revised guidelines for workplace security in 1995 to provide information and guidance about workplace security issues to employers and workers. The guidelines included the recommendation that employers establish, implement and maintain an effective Injury and Illness Prevention Program (IIPP) to address the hazards known to be associated with workplace violence.

Then, in 1996, CAL/OSHA issued additional guidelines and recommendations to what it considered to be high-risk industries such as health care and late-night retail for implementing workplace violence prevention programs.

In addition, the state of California has maintained that employers have a duty to investigate job applicants to help minimize the risk of subsequent acts of workplace violence. And, in fact, the California courts have repeatedly held that an employer may be liable for negligence in hiring or retaining an employee who is incompetent or unfit who harms a third person.

The threat of potential workplace violence should concern all employers since they are often held liable for the acts of their employees. Depending on the events, the employer's liability can even extend to the actions of third parties who are or were not employees.

According to an article at Mediate,

What Employers Should Do

According to the Bureau of Labor Statistics, less than 30 percent of U.S. workplaces have a formal policy that addresses workplace violence. This lack of guidance from employers on how to address troublesome coworkers can allow employees to unwittingly escalate a threat of violence by responding on their own.

There are some basic steps employers should take in regards to mitigating workplace violence in their own organizations:

1. Implement a company workplace violence policy. The company should also actively strive to maintain an environment that minimizes isolation and resentment and that fosters open communication.

2. Monitor employees for early warning signs and encourage employees to report threats or symptoms of violence. These can include a recent life- or mind-threatening illness, expressions of paranoia or persecution, and the deterioration of workplace friendships.

3. If a credible threat is made, immediately alert security or the police, collect all relevant evidence, and seek legal advice to assist with an appropriate response. Have HR investigate and consider retaining an outside firm to conduct an independent threat assessment.

4. Be prepared to petition the court for a temporary restraining order. Keep in mind that a workplace violence restraining order protects more than the workplace and can include a threatened employees' homes, family members, cars, and even their children's school.

For more information on preventing workplace violence there are resources at the Society of Human Resource Management.