Bullying In The Workplace

Bullying in the workplace has been been frequently highlighted in the media recently, especially by HR management experts. But too many employers are still unaware. 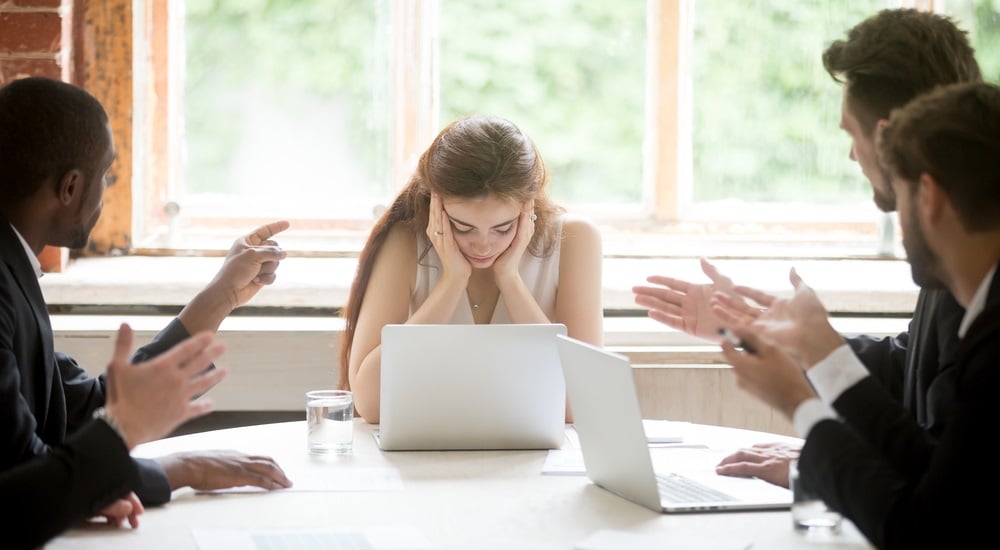 In the state of California, actions that constitute "unlawful workplace bullying" occur when an individual directs negative, inappropriate, or unwanted conduct or speech towards a worker based on certain protected characteristics of that worker.

These protected characteristics include race, disability, religion, sex, gender identity, marital status, sexual orientation, or pregnancy, among other things. While many are painfully aware of the fact of bullying in schools among children and teenagers, not everyone is aware that bullying also occurs in the workplace among adults.

Sadly, because this is the case, there are laws that have been instituted to help identify and prevent it.

Unfortunately, not every bullying act is unlawful. The sad truth is that the law only addresses speech or actions that are demonstrably motivated by specific discriminatory or retaliatory bias. In other words, you can be unpleasant, annoying and even a bully without violating the law.

And these types of behaviors are, sadly, far too prevalent in the workplace.

According to a survey conducted by Zogby, it was found that 27 percent of employees have suffered abusive conduct, while more than 20 percent say they have witnessed it.  How bad is it for workers? The survey found that almost 50 percent of those who were bullied either left their jobs or felt forced to quit because of the bullying.

Perhaps even more disturbing is that 13 percent were terminated, most likely as retaliation for speaking up, while another 13 percent reported being transferred to different positions.

The challenge for employers and managers is not only in staying compliant with existing laws against workplace bullying, but in identifying and addressing "legal" yet clearly unacceptable and destructive behavior in their workplaces.

The same Zogby survey asked about employer policies regarding conduct in the workplace. According to the survey, almost two-thirds of those surveyed thought that their employers were more likely to condone or even encourage bullying. This included failing to investigate, denying that it happened, not treating it as a serious event, rationalizing or excusing it, and - in some cases - even defending or encouraging the behavior.

Sadly, only 28 percent of those surveyed felt that their employers and managers took appropriate reactions to bullying, such as addressing the bullying and taking action with specific policies and procedures.

Because of the somewhat subjective nature of bullying behavior - what may seem abusive to some people might strike others as merely annoying or unpleasant - defining and subsequently identifying bullying in the workplace can be a challenge.

Bullying is generally defined as unwelcome behavior that occurs over a period of time and is meant to harm someone who feels powerless to respond.

Verbal bullying includes teasing and threatening to cause harm, according to stopbullying.gov, a website managed by the U.S. Department of Health and Human Services.

Social bullying in the workplace might happen by leaving someone out of a meeting on purpose or publicly reprimanding someone.

Again, these behaviors may or may not prohibited by law. However, workplace bullying is definitely actionable under federal law when it can be shown to be based on a worker's protected category status, such as race, age or gender. California law also prohibits abusive conduct in the workplace when targeting a person in a protected category such as gender, age, disability or ethnic origin.

Unfortunately, legislation cannot dictate every aspect of an individual's conduct and behavior in the workplace. While these actions may simply be poor management or people skills, they're not always illegal.

In addition to being prohibited, unlawful bullying and harassment can bring liability concerns for employers.

According an article at the website of WorkLawyers PC,

If, on the other hand, the bully is merely a coworker or other non-supervisory employee, the employer will only be liable for the bullying when:

This test essentially imposes liability on employers if they were negligent in handling one or more instances of workplace bullying.

Additionally, employers can be liable for bullying even if the bully is not an employee. But the extent of the employer’s liability may depend on the amount of control they have to prevent the nonemployee’s offending conduct."

California businesses have also been required to train their managers to identify workplace bullying behaviors, or “abusive conduct,” since January 1, 2015. This training should be included with the instruction employers must regularly provide for preventing sexual harassment.

The Role of HR Management

Because the amendment to the Fair Employment and Housing Act was considered too vague and lacking in specific regulations, expanded regulations were drawn up and made effective on April 1, 2016.

According to an article at the Society for Human Resource Management (SHRM),

The amended regulations by the Fair Employment and Housing Council include instructions for employers to:

For HR managers, there are no legal mandates in regards to abusive behavior at work beyond the California state requirement of training managers on how to identify workplace bullying behaviors. However, there are proactive steps that can and should be taken so as to prevent potentially violent or otherwise destructive incidents.

The SHRM website suggests the following for HR staff,

"When HR professionals receive complaints about workplace bullying, they shouldn’t assume the conflict is a tiff that will quickly blow over or peter out. Labor and employment attorneys suggest that HR or a supervisor meet with the perpetrator, review company regulations governing workplace conduct, and remind him or her about the company’s expectations for appropriate behavior."

If practical, an employee that has engaged in bullying behavior should be moved to a different department or division. In addition, provide training to help workers understand how abusive, threatening, intimidating and humiliating language or behavior can negatively affects others.

While unfortunate, if actively abusive supervisors or employees are unable or unwilling to refrain from this type of behavior, the employers may need to dismiss those individuals.