Be Clear On Workplace Harassment

Sexual harassment is an unfortunate reality in businesses. And employers can be liable if it happens. HR managers needs to be clear about harassment laws and policies. 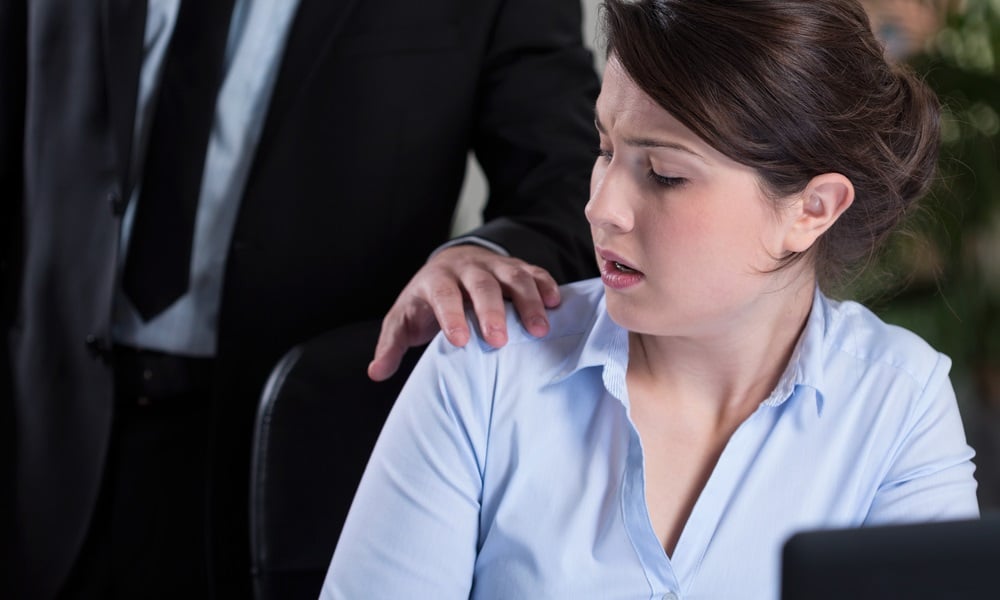 [Editor's note: This post was originally published in April 2018 and has been updated for accuracy and comprehensiveness.]

Just when you thought it was safe to go to work. Based on the sheer number of complaints made and charges filed with the Equal Employment Opportunity Commission (EEOC), the workplace in America is still host to a variety of harassing behaviors.

While sexual harassment has been publicized a great deal over the last few years, it does not appear to have decreased noticeably in the American workplace. In fact, despite a heightened awareness of sexual harassment and other forms of harassment, there appears to be an actual increase in incidents.

Workplace harassment is uncomfortably frequent based on the reported statistics. While this may be due partly to the increased awareness instead of an actual increase in incidents, either way, the numbers are too high.

According to the U.S. Equal Employment Opportunity Commission (EEOC),

Almost fully one third of the approximately 90,000 charges received by EEOC in fiscal year 2015 included an allegation of workplace harassment. This includes, among other things, charges of unlawful harassment on the basis of sex (including sexual orientation, gender identity, and pregnancy), race, disability, age, ethnicity/national origin, color, and religion.

That equates to almost 100 harassment charges reported each day by employees. If one takes into account that not all incidents are actually reported to the EEOC, it would mean that hundreds of acts of workplace harassment may be occurring on a daily basis.

The EEOC defines harassment "unwelcome conduct" based on any number of characteristics including race, color, religion, sex (including pregnancy), national origin, age (40 or older), and disability or genetic information.

It is a bit more complicated than this, however. For example, not all "unwelcome conduct" is considered harassment, and not all harassment is illegal. The EEOC clarifies illegal conduct accordingly,

"Harassment becomes unlawful where 1) enduring the offensive conduct becomes a condition of continued employment, or 2) the conduct is severe or pervasive enough to create a work environment that a reasonable person would consider intimidating, hostile, or abusive.

What this means in practice is that many types of "unwelcome" conduct such as petty slights, annoyances, and isolated non-serious incidents are not illegal. In fact, for conduct to be classified as unlawful, it must create a work environment that is "intimidating, hostile, or abusive" to reasonable people. Simply "being a jerk" is not unlawful.

On the other hand, many actions or behavior that may seem petty or simply annoying, actually is unlawful.

For example, offensive jokes, verbal slurs, epithets or name calling, ridicule or mockery, insults or put-downs, offensive objects or pictures, physical assaults or threats, and intimidation all fall under the rubric of unlawful harassment. Harassment can even include intentional interference with work performance.

The Severity of Sexual Harassment

Although harassment includes a wide variety of actions and conduct, sexual harassment is an especially volatile issue. Because of the serious nature of this type of harassment, the EEOC has an additional section that outline the legal parameters for defining acts of sexual harassment:

...[U]nwelcome sexual advances, requests for sexual favors, and other verbal or physical harassment of a sexual nature. Harassment does not have to be of a sexual nature, however, and can include offensive remarks about a person’s sex. For example, it is illegal to harass a woman by making offensive comments about women in general. Both victim and the harasser can be either a woman or a man, and the victim and harasser can be the same sex."

While it's not unlawful to engage in simple teasing or offhand comments, employees and managers are far better off avoiding such actions. Isolated and non-serious incidents are not considered harassment, they become illegal when they are

"[S]o frequent or severe that it creates a hostile or offensive work environment or when it results in an adverse employment decision (such as the victim being fired or demoted)."

Employers are Liable for Workplace Harassment

An employer is liable for harassment carried out by a supervisor that results in termination of the victim, a failure to promote or hire, or any loss of wages, according to the EEOC. This applies even if the employer, or managers of the supervisor, were unaware of the harassing conduct.

As the EEOC states,

"The employer will be liable if it knew, or should have known about the harassment and failed to take prompt and appropriate corrective action."

What this means for employers is that suitable and sufficient preventative and corrective policies and procedures need to be in place and effectively enforced. The law does allow that an employer can avoid liability if it can prove that it:

1) Reasonably tried to prevent and promptly correct the harassing behavior; and

2) the employee unreasonably failed to take advantage of any preventive or corrective opportunities provided by the employer.

Aside from the human cost and the residual affect on fellow employees, the costs of a successful harassment claim on behalf of an employee can be crippling, especially for smaller businesses. In 2015 the EEOC recovered $164.5 million from businesses for workers alleging harassment. And this does not include associated legal fees.

There are other, intangible but equally real costs that come with harassment. Workplace harassment exacts a steep cost to the victims of these behaviors including mental, physical, and economic harm. These issues can, in turn, become costly for employers. In addition, workplace harassment - reported or not - affects all workers, and its true cost includes decreased productivity, increased turnover, and harm to the organization's reputation.

In California, mandatory prevention training is required for all supervisory staff and, as of the beginning of 2019, for all staff of larger employers. CalChamber is working to prepare employers in California:

"Effective January 1, 2019, California employers with 5 or more employees (including those located out of state) are required to provide sexual harassment prevention training to all employees before January 1, 2020. The minimum count of "5" employees includes seasonal and temporary hires as well as independent contractors.

That's 2 hours of sexual harassment prevention training to California supervisors (and to out-of-state supervisors of California employees), and 1 hour of such training to nonsupervisory employees in California. Training must take place within 6 months of hire or promotion and every 2 years thereafter. To comply with the January 1, 2020 deadline, all employees must be trained during the 2019 calendar year.

Note: The California Department of Fair Employment and Housing (DFEH) takes the position that employees, including supervisors, who were trained in 2018 or before will need to be retrained again in 2019."

In some instances, organizations have already implemented and carried this required training for their new employees. The County of Sonoma, for example, inaugurated it's staff-level training with it's first official session in April 2019.

While training is a positive step, even if mandatory, it's often not enough to make a significant change in many workplace environments or in some employees. Some experts and business leaders argue that a two-hour class every year is not going to change some people's ideas of what is acceptable or what they can "get away with."

According to an article in the New York Times, however,

"One problem with traditional training, researchers say, is that it teaches people what not to do — but is silent on what they should do. Civility training aims to fill that gap.

Fran Sepler, who designed new training programs for the E.E.O.C., starts by asking participants to brainstorm a list of respectful behaviors. These often sound trivial, she said, but aren’t common enough, like praising work, refraining from interrupting and avoiding multitasking during conversations. A big one is spotlighting contributions by people who are marginalized."

Another facet of the sexual harassment problem is culture. The prevailing workplace environment can either encourage or invite harassment, or be a significant factor in mitigating it.

Another article noted that,

Ultimately, it takes only one employee’s act (or even implied act) of harassment or violence, absent an employer redress, to encourage a workplace culture of harassment and violence. Like a rumor or seasonal flu, this harmful ethos can quickly spread throughout an organization."

A comprehensive approach to cultural development and change must begin with leadership and be imparted to managers, supervisors and ultimately to all employees in an organization. Exampleship, role modeling, and repetition a key elements in bringing about a significant change or shift in a company's culture. But the end result is beneficial for both employees and the organization.