The California Supreme Court recently issued a major decision establishing a new misclassification test based on the presumption that all workers are employees. 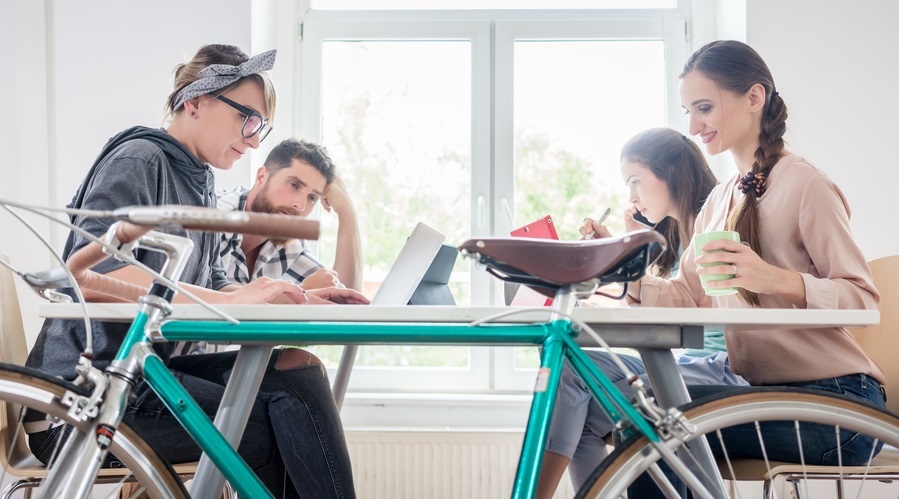 California’s Supreme Court ruling in the appeal of Dynamex Operations West, Inc. v. The Superior Court of Los Angeles County issued on April 30, 2018, has made the determination test much more stringent. With this single decision, the court has essentially transformed millions of independent contractors into full-time employees.

The thrust of the case before the court was the question of whether Dynamex delivery drivers were properly classified as independent contractors.

Dynamex is a same-day courier and nationwide delivery firm providing delivery services to businesses and the public. Until 2004, Dynamex had classified its California drivers as employees. However, beginning in 2004, Dynamex transitioned all of these drivers to an independent contractor status as part of a cost savings measure.

"Plaintiff Charles Lee entered into a written independent contractor agreement with Dynamex to provide delivery services for the company. Just three months after leaving his work at Dynamex, Lee filed this lawsuit on his own behalf and on behalf of similarly situated Dynamex drivers, alleging that Dynamex’s alleged misclassification of its drivers as independent contractors led to Dynamex’s violation of the provisions of IWC wage order No. 9... and, as a result, that Dynamex had engaged in unfair and unlawful business practices..."

In response, Dynamex filed a writ petition in the Court of Appeal, maintaining that the definitions provided by the plantiff do not apply to the classification analysis. The Court of Appeal rejected Dynamex’s argument, and it also rejected the contention that the commonly relied upon multifactor test set forth in S.G. Borello & Sons, Inc. v. Department of Industrial Relations is controlling in cases of classification.

Eventually, the California Supreme Court granted review of the appeal after Dynamex challenged the appellate court's ruling classifying their workers as employees. The purpose was to clarify the appropriate standard for determining employee or independent contractor status.

In the Supreme Court's decision, the court subsequently adopted a new test for classifying workers that begins with the assumption that workers are employees, with companies needing to prove that a given worker is actually an independent contractor.

The U.S. Department of Labor (DOL) had already been engaged in aggressively pursuing misclassification claims for the purpose of discouraging businesses from unlawfully avoiding payroll taxes. The new California ABC test, however, is far more stringent than the DOL's test in determining this.

The court adopted what is known as the “ABC test” to make its determination of a worker's status. Employers in California had previously used a multi-factor test that focused on the degree of control the employer had over the performing of the worker’s duties.

The ABC test, on the other hand, presumes that a worker is an employee unless the employer can prove the following:

(B) The worker performs work that is outside the usual course of the hiring entity’s business.

(C) The worker is customarily engaged in an independently established trade, occupation, or business of the same nature as the work performed for the hiring entity.

The Court's decision focused on the language of the law and determined that the,

“suffer or permit to work definition is a term of art that cannot be interpreted literally in a manner that would encompass within the employee category the type of individual workers . . . who have traditionally been viewed as genuine independent contractors who are working only in their own independent business.”

Because of this ruling, all employers in California currently hiring workers they've classified as independent contractors should review that status in light of the “ABC test” to determine whether any or all such workers should be reclassified. They should consider consulting with HR experts and with legal representation, as well.

The implications for both employers and workers is immediate and far-reaching. The simple fact of the court's presumption that all workers are employees means that every employer in California must now review and assess their classification of any independent contractors on their payroll. This, in itself, will have a major impact.

According to an opinion piece in The Hill,

"In the Golden State alone, there are — conservatively speaking — 1.4 million independent contractors. Hundreds of thousands of them could be reclassified as full time workers under the new test, costing California businesses over $6.5 billion annually. This change will especially hurt low-margin businesses like retail stores, many of which will be forced to lay off workers or even close because of the increased labor costs."

Employers will also need to consider substantial adjustments and changes in their payroll requirements, employee benefits, insurance and liability requirements, and much more.

When workers are classified as employees, the employer is required to pay Social Security and payroll taxes, unemployment insurance taxes and state employment taxes. In addition, they must provide worker’s compensation insurance, and compliance with an additional layer of state and federal statutes governing employee wages, hours, and working conditions.

A Partner for Your Workforce Management