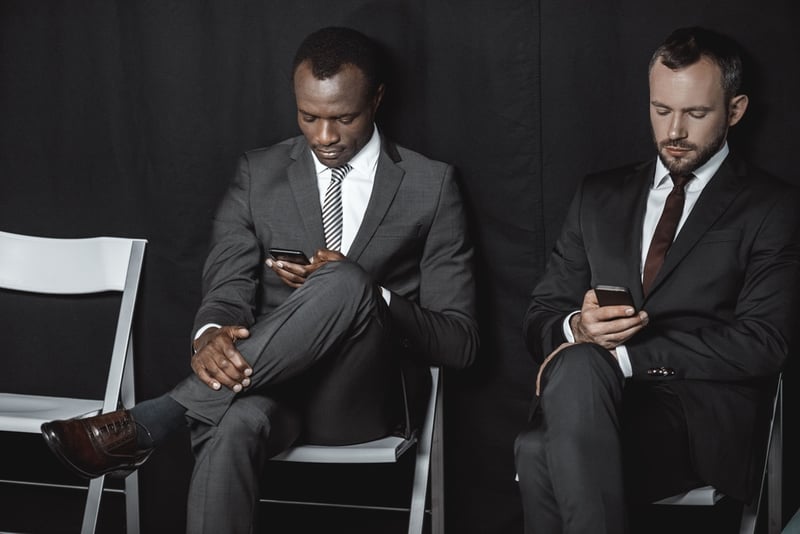 The so-called "ban-the-box" legislation was signed by Governor Jerry Brown on October 14, 2017. This bill adds a section to the California Fair Employment and Housing Act (FEHA) which contains new state-wide restrictions on the types of questions an employer can ask regarding an applicant's criminal history.

This will greatly restrict an employer's ability to make hiring and personnel decisions based on the criminal history of an individual, as well.

The state of California already has a “ban the box” law in place for it's city, county and state employers which was enacted in 2014. That law delays questions about conviction history, with a few exceptions, until it is determined that applicants meet job qualifications.

The new law expands on this.

According to an article in the Mercury News,

” All of Us or None, an organization made up of formerly incarcerated men and women, has chalked up victories in recent years, working with allied groups to persuade 150 city and county governments and 29 states to adopt some form of “ban the box” changes — most applying to government jobs. The laws and policies don’t prevent employers from inquiring about criminal history, but delay such questions until later in the hiring process.

They coined the term “ban the box” and launched a campaign at home to remove the question from public employment applications—persuading San Francisco’s Board of Supervisors in early 2006 to pass the first such policy in the country.“

As noted, existing law already prohibits state and local agencies from asking applicants to disclose any conviction information until the applicant is determined qualified for the position.  California AB 1008 will extend this prohibition to all employers in California who have five or more employees.

The bill will make it unlawful for these California employers to:

This assessment must provide justification for denial by linking any relevant conviction history with the  specific job duties of the position offered.  The assessment must take into account:

The employer cannot make any final determination based on conviction history during this five business day period.

AB 1008 Is Another Controversial Law Derived From Good Intentions

California is not the first nor only state with similar "ban-the-box" laws in effect and it was considered an inevitable development by many observers in light of the previous law already in place. But there are real concerns among many employers, as well.

Benjamin Ebbink, an attorney with Fisher Phillips and former chief consultant to the California State Assembly Committee on Labor and Employment, stated in an article that,

"Employers still have concerns that this bill places them in an untenable position," Ebbink said. "On one hand, if they don't hire an individual, they face a discrimination claim. On the other hand, if they do take a chance on an individual and something goes wrong, they are subject to liability for negligent hiring and retention. I think there is concern that this places employers in a box where they will face litigation. It would have been nice if there was some provision of qualified immunity against tort liability for employers that decide to hire someone despite their criminal history."

In addition, there is also concern about how the new California labor law will relate to or overlap with the new FEHC regulations on criminal history that  went into effect July 1, 2017 and whether this will be confusing for employers regarding their obligations between the two.

It has been estimated that about seven million Californians, or almost one in three adults in the state, have an arrest or conviction record that can jeopardize their employment efforts.

So far, in the U.S., 29 states and over 150 cities and counties have adopted ban-the-box laws. And California passed a similar law in 2013 that applied only to state agencies, cities and counties. Now, in addition to California, there are nine states and 15 major cities, including Los Angeles and San Francisco, that have adopted so-called "ban-the-box" hiring laws that cover both public- and private-sector employers.

The new law was initially opposed by the California Chamber of Commerce and a coalition of employer groups. They dropped their opposition to it after several amendments were added in the state Senate.

These Senate amendments to the bill included:

Changes in regulations often expand the potential of risk for employers, can require new workplace postings, or mandate updates to existing workplace policies. We recommend that all employers consult with experienced employment counsel to ensure compliance.

Accurate and timely management and HR compliance practices are required for every business and every payroll professional. But there are options.

Follow this link to get your free download of our Payroll Outsourcing Guide. Or click the button below to learn what you need to know about labor law in California. For more immediate information, feel free to call Accuchex Payroll Management Services at 877-422-2824.