The Americans with Disabilities Act (ADA), prohibits discriminating against individuals with disabilities in employment, with respect to the goods and services offered, and requires most businesses to equal access to goods and services. What many businesses may not know is that this protection may now extend to a company's website. 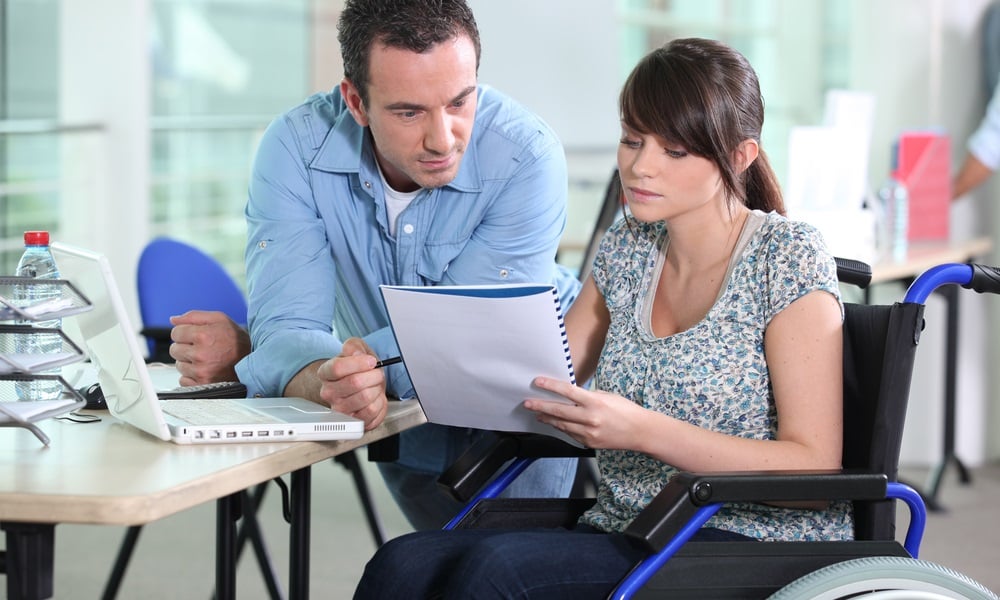 Until recently, most lawsuits stemming from Title III of the Americans with Disabilities Act, or ADA, had to do with either hiring discrimination or lack of reasonable access to facilities, goods or services. However, in recent years, this has begun to change.

In a recent article in the Memphis Biz Journal, attorney Greg Grisham noted that,

"...the past two years have witnessed a wave of lawsuits alleging violations in another realm: inaccessible websites. Some recent lawsuits have also alleged violations of the ADA due to inaccessible mobile apps or mobile websites. The typical lawsuit alleges that a blind or visually impaired person was unable to effectively access a covered business’ website with a screen reader, which resulted in their inability to enjoy equal access to the goods and services offered by the business.

While the U.S. Department of Justice (DOJ) has published regulations that provide detailed compliance specifications for physical places of public accommodation under Title III, the DOJ has not issued regulations providing standards for website accessibility. The lack of clear guidance from the DOJ has arguably contributed to the increase in Title III website lawsuits."

This is currently being seen in a recent suit in California.

In Robles v. Domino's Pizza, LLC, a visually impaired customer sued the pizza chain under the ADA and California's Unruh Civil Rights Act. The plaintiff alleged that he was unsuccessful in his attempts to order a pizza from a nearby Domino's on two occasions using both the company's website and their mobile app.

He claimed that his failure to place an order was due to the failure of both platforms to comply with his screen-reading software.

Initially, the district court concluded that, while the requirements of the ADA do, in fact, apply to Domino's website and mobile app, it dismissed the lawsuit before discovery for two reasons. First, it concluded that, because there are no legal technical standards for public accommodations for websites, it would be violation of due process to hold Domino's guilty of violating the ADA.

Secondly, the district court stated that courts should wait on deciding cases where enforcement agencies with special expertise should weigh in first.

The then case went to the Ninth Circuit Court of Appeals, however, which recently reversed the district court's decision dismissing the lawsuit. The Circuit court remanded on the issue and held that the defendant had received fair notice that its website and app must provide effective communication and facilitate the "full and equal enjoyment" of their goods and services for disabled customers. Specifically, the court concluded that the "lack of specific DOJ regulations on specific internet accessibility parameters does not eliminate Domino's statutory obligations under the ADA."

What This Means for Employers and the ADA

It's fairly certain that the Ninth Circuit's ruling will open the door for more plaintiffs seeking to file ADA internet website accessibility claims against businesses. It is important to note, however, that the Ninth Circuit simply reinforced what several other courts have already concluded: that the ADA requirements apply to businesses that use websites as an extension of their physical locations.

Labor law attorneys predict that the number of website accessibility lawsuits in both California federal courts and state courts will increase significantly in 2019. As we previously noted in the Accuchex blog,

"Not only are cases being decided in favor of plaintiffs upholding the requirements of the ADA for websites, some courts have made use of the Web Content Accessibility Guidelines (WCAG) that were developed by a private standards setting organization. The WCAG is not, however, a legal requirement for ADA compliance."

When it comes to payroll management, you have several options for your HR and payroll staff. Software that can be installed in-house, or cloud-based programs offer a good alternative. But if you really want to take full advantage of the benefits available to you, outsourcing to a provider like Accuchex can still be the best decision.

Reliability, full-service options, and reputation are the hallmarks of a quality HR management service provider. If you are currently looking to invest in outsourcing you get your Free Download: California Labor Law guide to help you make an informed decision ;or call Accuchex Payroll Management Services at 877-422-2824.