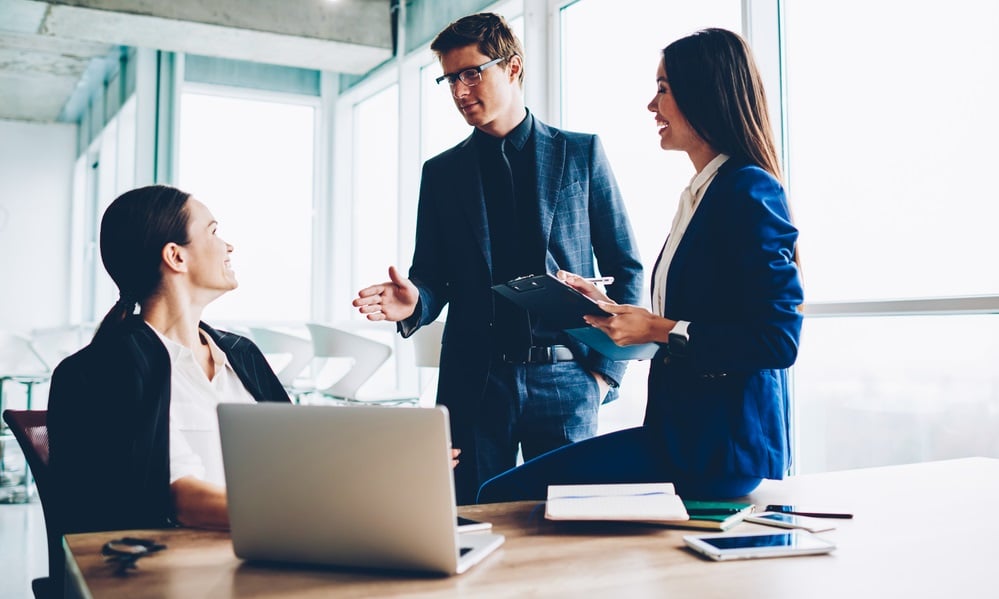 On March 7, 2019, the Department of Labor (DOL) issued a new proposed rule that will raise the annual minimum salary requirements for the Fair Labor Standards Act (FLSA) overtime exemptions for so-called "white collar" workers, or executive, administrative, and professional employees.

The long-standing rule has remained intact despite an earlier effort to update and increase the current salary threshold. According to an article at JD Supra,

The new iteration of the proposed changes are no less controversial among business lobbyists and worker advocates. The same article notes that an automatic increase is not included in the new proposal. The DOL instead is asking the public to provide it with input on if and how the DOL should update the overtime requirements every four years (instead of every three).

Employers and business groups have voiced concerns about rising payroll costs, while workers' advocates argue that this new rule does not go far enough to protect American workers. What is often overlooked in the controversy is that the new rule will make an additional 1.1 million workers eligible for overtime.

Under the new proposed rule, the salary level for “white collar” exemptions increases from the current level of $23,660 per year, or $455 per week, to $35,308 per year, or $679 per week. In addition, the new rule will raise the current annual compensation requirement of $100,000 per year for “highly compensated employees” and exempt from overtime, to $147,414 per year.

An article at National Law Review pointed out,

"These standards differ significantly from the salary standards proposed by the Obama Administration, which were more favorable to employees. But this new proposal will still significantly impact businesses, possibly resulting in the reclassification of many currently exempt employees as non-exempt."

It is important to note that the DOL did not propose any changes to the duties test. Simply meeting the salary threshold only does not make an employee exempt. The employee must remain engaged in executive, administrative, or professional duties, or another exempt status.

Employers should be aware that paying someone a minimum salary does not necessarily mean they are properly classified as exempt. Each of the exemption types has a corresponding duties test, which, if not met by the employee, classifies them as non-exempt and entitled to minimum wage and overtime, regardless of the method or amount of pay.

As we noted in a previous Federal Law Alert:

"California and New York (and soon Washington) already have laws in place that make the minimum salary for exempt white collar employees higher than these proposed thresholds. As employers must follow the law that is more beneficial to employees, the new proposed federal minimums would not affect employers in these states."

What Employers Should Do Now

There may still be a long period of time that will pass before employers see an enforceable overtime rule. The new proposal is simply the first step in an complex rule-making process. There will be a 60-day comment period during which many changes could be made before the final rule is actually published. And the final version is likely to be challenged in court.

Although the DOL has publicly stated that new overtime regulations will be effective by January 2020, this may be optimistic. With a likely contentious presidential election underway, the overtime rule is almost certain to be targeted for debate. In fact, if the administration changes parties in 2020, the previously proposed salary threshold under Obama of $47,476 may be brought into play again.

However, one thing is certain and that is that the rules will change one way or another. while it is probably not advisable to make any substantial changes in your current pay structure, it is definitely a good idea to be very clear on the potential impact of an increased salary threshold on your organization and budget.

The article from the JD Supra website offers some steps employers can take today to prepare for 2020:

1. Identify employees who will need to be reclassified, i.e. current employees who are currently exempt but paid less than $35,308.00 annually.
2. Determine the number of hours the employee works. This seems simple, but exempt employees are not required to track their hours; therefore, employers may not be fully aware of the hours an exempt employee is working.
3. Analyze the financial impact. Will you raise pay to the new threshold level, reclassify as nonexempt and pay overtime, or lower pay to offset the overtime requirement?
4. Review job descriptions and tasks of impacted positions to determine whether certain exempt tasks may be reassigned or maintained with the current position.
5. Consider how pay changes or other changes in job assignments may impact your organization. Will you need to make process or structural changes?
6. Develop administrative plans to ensure compliance when the regulations become official. This means you will need to prepare and train your managers.

Reliability, full-service options, and reputation are the hallmarks of a quality HR management service provider. If you are currently looking to invest in outsourcing you get your free California Labor Law guide to help you make an informed decision or call Accuchex Payroll Management Services at 877-422-2824.