California and federal labor laws mandate the distinctions between independent contractors and employees. Yet the issue continues to result in lawsuits. On August 18, 2016, a federal judge in California rejected the proposed settlement between Uber Technologies and its drivers in Massachusetts and California. The settlement came after drivers filed lawsuits which claimed that they should be classified as employees with full benefits rather than as independent contractors.

The decision has reopened the debate over the car-hailing company’s freelance labor model.

The company has insisted that its model, using independent contractors over whom the company claims to have minimal control, gives the drivers flexibility to choose when to work and to be their own bosses.

Recognizing the drivers as employees, on the other hand, would require the Uber Technologies to pay them benefits, which would then increase its operating costs.

U.S. District Judge Edward Chen of the U.S. District Court for the Northern District of California in San Francisco ruled that the settlement in April of two class-action suits in California and Massachusetts isn’t fair, accurate or reasonable for drivers.

The ruling sends attorneys for both sides back to negotiating an acceptable settlement in a case that is seen as pivotal for other companies that depend on freelance workers to drive taxis, work as house cleaners, or perform other manual tasks.

The class-action suits could have potential fallout for the entire “on-demand” industry, which depends largely on independent contractors rather than employees. For now, the settlement seems to be stuck over the amount, including the payout under a California labor law.

The suits, which represent approximately 385,000 current and former drivers, contend that Uber should consider them employees - not contractors. The drivers are seeking protections that include reimbursement for expenses and gasoline.

Drivers were also frustrated that they received little warning before the ride-hailing firm deactivated its app from their smartphones and were given little or no explanation for any termination.

The proposed settlement, announced in April, would have given the drivers in the class-action suit an $84 million payment and a possible added $16 million depending on Uber's valuation if it goes public.

Judge Chen, however, said that much of the non-monetary relief was “not as valuable as the parties suggest, limiting their worth in considering the amount being offered in settlement.”

The proposed settlement was opposed both by individuals and attorneys representing drivers in other California cases, Judge Chen said. 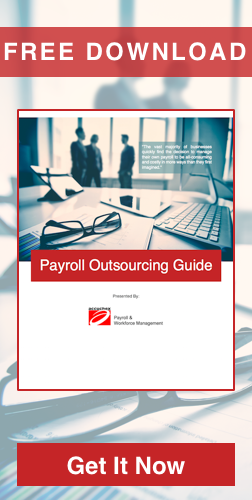 The recent debate over how new companies such as Uber and their rival, Lyft Inc., as well as grocery delivery services like Instacart Inc. decide to classify their workers has impacted Silicon Valley.

Numbers of company founders and investors fear that reclassifying independent contractors as employees will drive up labor costs by at least 20% or more. This would undermine their pricing models while making the various services more expensive.

Uber and other startups contend that workers prefer the flexibility of being freelancers. They say that benefits like being able to only work a few hours a week or at odd hours are preferable to having more stringent work schedules and other requirements such as wearing uniforms.

Drivers in the Uber lawsuits, however, have argued that the demands of their jobs, which include being told where to go by an app and being held to stringent vehicle standards, means that Uber should treat them as employees. As such, the workers contend, Uber should help pay for expenses like fuel, tolls and additional insurance.

In his ruling, Judge Chen acknowledged that both the drivers and Uber have strong arguments on the employment question.

The fundamental question of whether Uber drivers are employees or independent contractors is also not a simple one, Judge Chen observed in his order.

“Should the issue of employee versus independent contractor status proceed to trial, it would be up to the jury to make the ultimate determination, the outcome of which cannot be predicted with any certainty,”

Uber, meanwhile, has threatened to take the case up to the Supreme Court.