Employers And Political Activity In The Workplace

Political expression has always been part of the workplace and addressing employee's political behavior at work has always been a challenge. And it's only gotten harder. 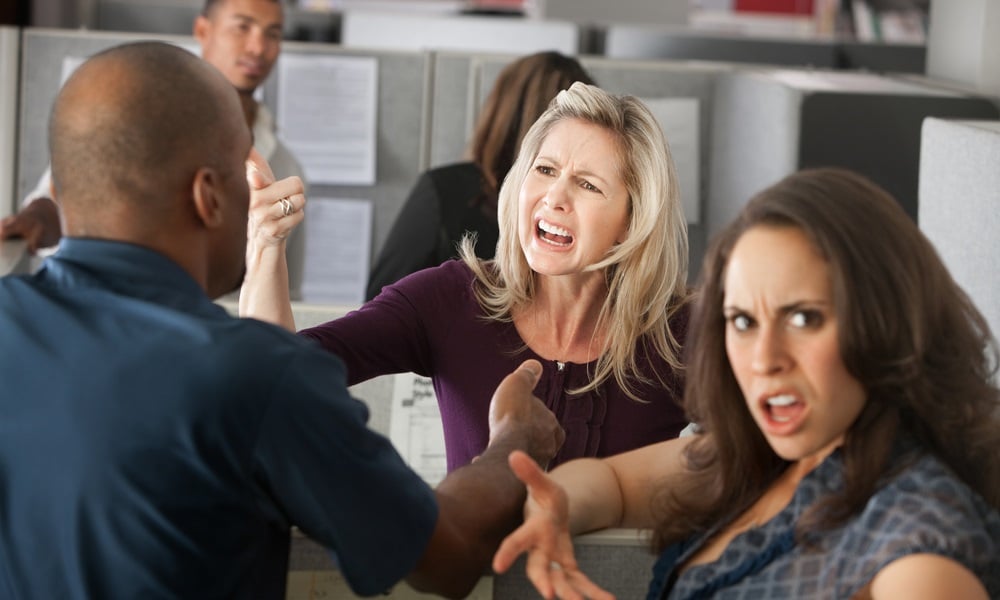 An employer's right to regulate what their employees can and cannot say or do in the workplace is defined by both federal and state laws. In addition, it makes a difference whether the employer is public or private.

According to an article by   at Mondaq.com,

"In most states, employees of private companies are not protected from discrimination based purely on political affiliation or activity. In contrast, public employees generally are protected by state and federal constitutional provisions, including the First Amendment, which protects political speech, and the Fourth Amendment, which prohibits unreasonable searches and seizures. However, even for public employees, if the speech is not of a public concern, it is not protected. Even if it is of public concern, courts will balance factors including whether the speech interferes with the employee's work place duties, creates a conflict, or undermines public trust and confidence."

Private Employers and Political Activity in the Workplace

As most employment situations are typically "at-will", any restrictions on an employer's ability to prohibit or discipline workers for political activities are subject to statutory and common law rights. The exception to this is if an employee has a contract, or is represented by a union and governed by a collective bargaining agreement. In the latter case, employer actions in response to political expression are also a matter of contract.

Due to the existing laws and the generally polarized political climate today, there are several issues that employers need to anticipate if they choose to respond to employees' political speech or activities. These can include discrimination, harassment, retaliation claims and unfair labor practice charges. In addition, there is the potential for decreased employee morale and productivity.

Every state has it's own particular laws regarding what employer's can and cannot do in regards to employee's political activity in the workplace. In California. for example, the state's Labor Code (section 1101) states that,

No employer shall make, adopt, or enforce any rule, regulation, or policy:
(a) Forbidding or preventing employees from engaging or participating in politics or from becoming candidates for public office.
(b) Controlling or directing, or tending to control or direct the political activities or affiliations of employees.

In addition, the protected political activities of employees are not limited to running for office or stumping for a candidate. "Political activity” has been interpreted broadly by the courts to include non-partisan activities, such as wearing symbolic armbands or buttons, and associating with others to advance particular beliefs and ideals.

What employers choose to regulate or to allow is dependent on a number of factors. Employers still have a responsibility to all of their employees and the general welfare of the organization, for example. A post at Calpeculiarities.com notes,

"Of course, political activities (whatever they may be) do not occur in a vacuum. Employees who engage in otherwise protected political activities may still be subject to discipline if their conduct violates legitimate employer policies. In such instances where an employee’s conduct provides a legitimate, non-political justification for disciplining an employee, employers may act, but should ensure that their personnel policies are applied evenly across the political spectrum.

One prominent California technology company was recently hit with a class action lawsuit accusing it of discriminating against employees with “perceived conservative political views, and activities,” after the company fired one of the class-action plaintiffs for “perpetuating gender stereotypes” in a written communication he had circulated internally within the company."

Employers can, however, ban political slogan buttons or T-shirts as part of a dress code policy, especially for employees who work directly with customers, clients or the public in general.

What Employers Can Do

With some exceptions, private employers can prohibit employees from engaging in activities such as passing out political literature during work hours, or actively campaigning. These activities must be generally allowed, however, during breaks and meal times.

If your organization implements a non-solicitation policy it should be applied to all types of solicitation, in addition to to soliciting for political purposes, such as fundraising activities.

The NLRB provides and enforces protection of employee’s right to engage in concerted activity for their “mutual aid and protection.” These rules allow workers to discuss the terms and conditions of employment in the workplace, during work hours. And, because some issues such as minimum wage or overtime can also be viewed as political issues, this can become problematic for employers.

The National Labor Relations Act, or NLRA, protects union-related activities (but not political speech), and employers should be clear in distinguishing the two when implementing a non-solicitation policy.

What Employers Cannot Do

The pendulum of political activity in the workplace can swing both ways. It is not uncommon for businesses and corporations to issue public statements against or in support of specific laws, policies or even political candidates. This can become an issue if the organization attempts to sway or coerce the support of its employees.

Employers are restricted from influencing employees’ actions in state elections. It is a violation of the election laws for a person acting alone or through another person to directly or indirectly subject any person to undue influence with intent to induce any person to:

Reliability, full-service options, and reputation are the hallmarks of a quality HR management service provider. If you are currently looking to invest in outsourcing you get your free California Labor Law guide to help you make an informed decision or call Accuchex Payroll Management Services at 877-422-2824.